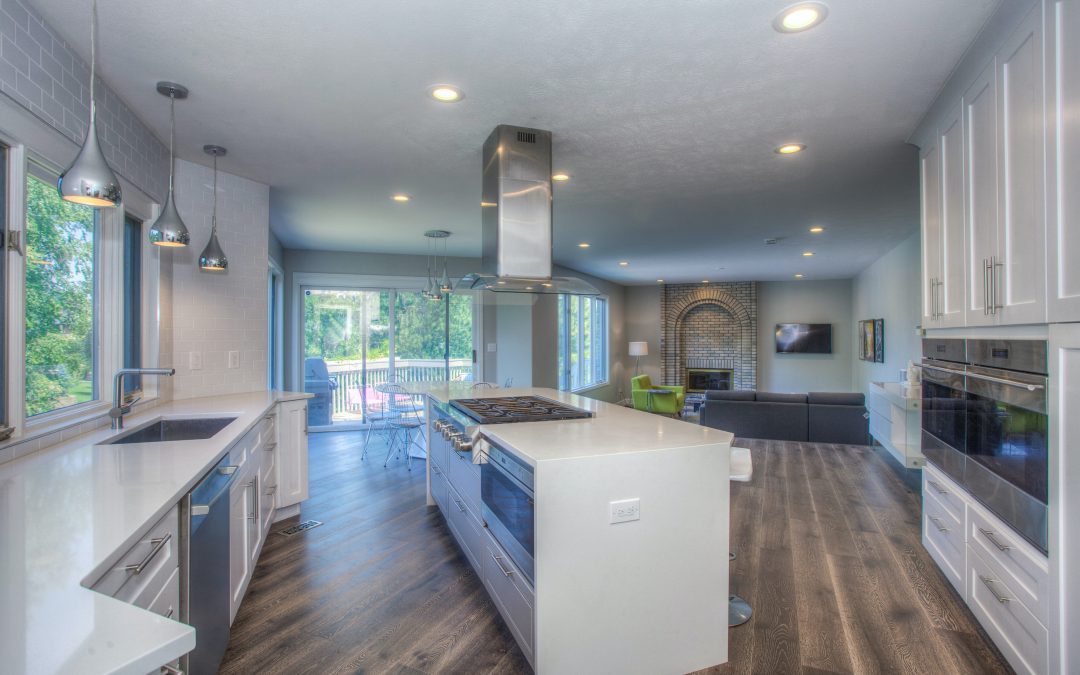 Common remodeling projects can be more complicated than you think. While you’re still in the dreaming stage, factor in realities that could add time and money to your project.

Surprise! That remodeling project you’ve been planning, such as taking down a wall or adding a kitchen island, can have sticker-shock repercussions. Why? Hidden costs, including moving pipes and installing beams, can add up quickly.

Time for a reality check. First, we’ll peek behind some common remodeling tasks to reveal the less obvious challenges that could add hundreds, even thousands of dollars to your remodeling budget.

Then we’ll give you advice on how to protect yourself from unforeseen costs that may pop up during remodeling.

Taking down a wall to combine two areas and improve flow is more involved than just swinging a sledgehammer at some drywall and studs.

Smashing the wall is the easy part. You will also need to do the following:

The trickiest part of taking down a load-bearing wall in a single-family house is temporarily shoring up the area, then putting in new beams and supports.

“There’s a lot of jacking and shoring and building temporary walls,” says Jeff Patrizi, a Houston builder and remodeler, who estimates that work adds $500 to $4,000 to the job, depending on how the newly open area must be re-engineered

It seems no gourmet kitchen transformation is complete without an island. But installing an island is more complicated than just topping a couple of base cabinets with a slab of granite

Electric outlets: Building codes typically require that islands have electrical outlets every 6 feet. Adding a circuit or two is no big deal if your kitchen is above a basement or crawl space and near your electrical panel. It’s a bigger deal if the kitchen sits on a slab, and your electrician has to drill through concrete to run electrical wires a long way from panel to island. Figure an additional $500 to $1,000 to your project.

Task lighting: Your new workspace will need overhead task lighting. Added cost depends on how far your kitchen is from your electrical panel, and what type of fixture you install.

If your kitchen is under an attic space, running new wires is relatively easy. But if your electrician has to open up the ceiling to access joists, you’re looking at drywall repair and a whole new paint job for your ceiling, adding another $300 to $1,000.

Plumbing: Island prep sinks require new plumbing. Your plumber will probably tap into the pipes of your primary kitchen sink. But, if the island is on a concrete slab, plumbing costs could rise up to $2,500.

Clearing corners: When you order the island countertop, make sure your fabricator measures to ensure the finished countertop can be carried into the house easily — fitting around corners and up stairways if necessary. If dimensions don’t work, the fabricator will have to cut the slab, creating an unsightly seam in your gorgeous stone

Creating a dream kitchen might include installing industrial-sized refrigerators and ranges. But bigger isn’t always better.

Industrial refrigerators: Sure, that commercial-style fridge holds more and looks great. But the thing can weigh 800 pounds — the average fridge weighs 250-300 pounds — and be a bear to carry into your home and maneuver into position. That monster fridge may force you to shore up floor joists (consult a structural engineer) or remove door jambs to squeeze it into your home.

Six-burner ranges:  Most people never use six burners at once and would prefer the extra storage space in their kitchen.

Commercial range hoods: A pro-range requires a pro-hood, which has a stronger motor (600-1,400 CFMs) than a typical range hood (200-400 CFMs), and may require an upgraded venting system. Such systems require large vent ducts (8- to 10-inch diameter vs. the normal 4-inch) that must take a straighter path to the outside of your home, adding $1,000-plus to your kitchen renovation, depending on the length of the run.

Homes built prior to 1975 may contain deadly asbestos fibers sleeping in vinyl and linoleum flooring, old drywall compound, popcorn ceilings, and old siding. All these materials should be tested by an asbestos inspector before disturbing them ($400-$800).

It isn’t a bedroom just because you call it one. A legitimate, up-to-code bedroom has an egress window or door big enough for you to escape and for firefighters to enter in an emergency – a minimum of almost 6 square feet. If the room is below grade, the window must be paired with an exterior window well.

Tim Snyder, a Connecticut-based remodeling contractor, had to explain basement realities to his client when, on the first day of construction, the client changed his mind and decided to turn a new basement playroom into a more flexible space that also could serve as a bedroom.

“The tiny basement windows weren’t even close to being egress compliant,” Snyder says. “So we had to break the bad news to the client.”

The news included replacing windows, digging around the foundation, and adding a plastic window well, which jacked the price up $2,000.

How to Protect Yourself Against Unforeseen Costs

An important step to take when moving from the remodeling fantasy phase to reality is signing a fixed-cost agreement with your contractor. The contract should include a detailed scope of work.

Contracts should contain change-order policy that states that all changes or unforeseen costs should be put in writing and signed by you and your contractor before additional work begins.