Detect Termites and Other Wood-Destroying Insects 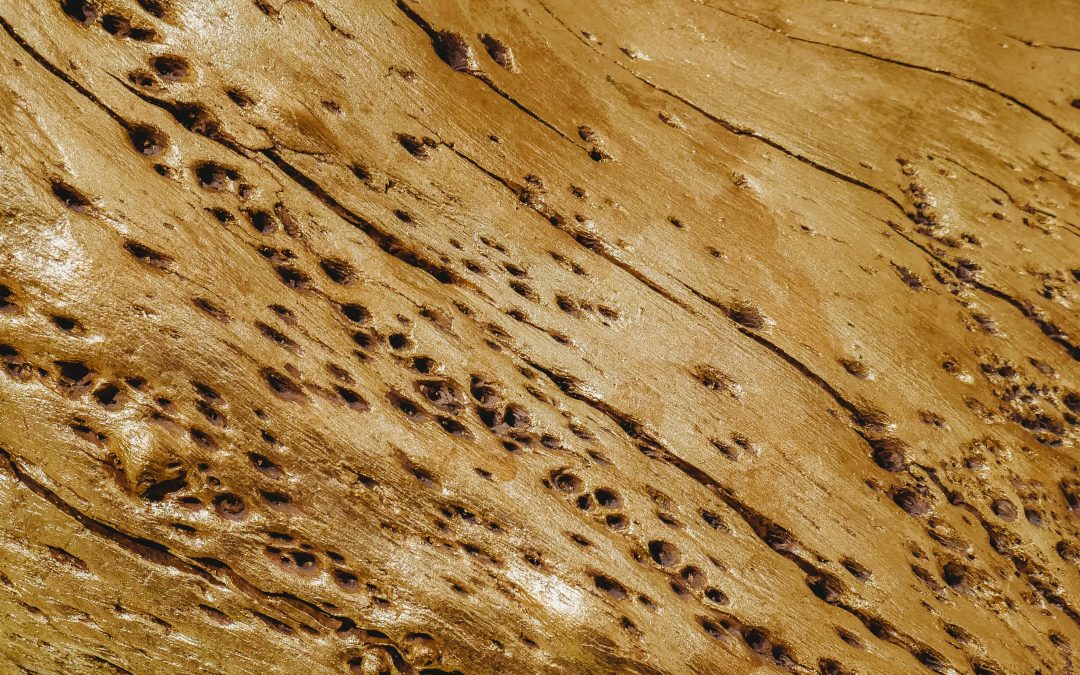 One of the biggest threats to your house comes in the form of tiny pests that silently and invisibly consume or live in wood — from the sills of your foundation to the rafters of your roof. Known by exterminators as WDIs, wood-destroying insects cause more than $1 billion a year in property damage in the United States, according to Orkin, a nationwide pest-control company.

“It’s not unheard of to see a home with termite damage in the tens of thousands of dollars,” says Greg Bauman, senior scientist with the National Pest Management Association. “I’ve personally seen a home with $1 million in repair costs. It probably would have been better to bulldoze the house.”

That may be an extreme case, but it demonstrates that what you can’t see can hurt you. WDIs can be hard to detect with the naked eye unless you know what to look for.

Depending on moisture levels, climate, and location of a colony (they’re more active in warm, moist conditions), it could take three to eight years before the signs of an infestation — serious damage to your house — are apparent.

“If you don’t catch them early, you’re setting yourself up to spend a lot more on both treatment and repairs than you otherwise would,” says Ron Harrison, technical director at Orkin.

Here are a few tips for how to spot wood-destroying pests.

Habitat: The most common type, subterranean termites, cause 95% of all termite damage in North America. Found in every state except Alaska, termites are most prevalent in the South; the so-called termite belt stretches across the Southeast from Virginia to Texas.

Be on the lookout for a thin gritty gray-brown film on the surface of damaged material. And look for narrow mud tubes on both the interior and exterior of your walls and foundation. Termites travel though these tubes between their colony below the ground and their dinner above—your house.

The one time they come out in the open is when they swarm. Swarms consist of flying “reproductives” that leave the colony, mainly in spring, to mate and start new colonies. You may not spot the swarm itself because the love bugs shed their wings and head underground within a few hours.

Instead, look for discarded wings that resemble fish scales. Swarms can emerge indoors or outdoors. Evidence of an indoor swarm, such as discarded wings or the corpses of termites that couldn’t find a way out, is a sure sign your home is infested.

Most likely to damage: Almost anything that contains cellulose, the main component of wood, including wood paneling, paper products, cardboard boxes, art canvases, the paper covering of sheet rock, carpeting.

Habitat: Carpenter ants bore into damp and decayed wood to make nests. Most common in northern states, these pests forage through your home, mostly at night, looking for water and food. They’ll eat just about anything people do and are especially fond of sweets, fat, and protein.

Clues: Look for swarmers in the spring and for piles of frass—a mixture of wood shavings and fecal matter. Rustling sounds may indicate a nest.

Most likely to damage: Tunneling may cause serious structural damage if it occurs in key timbers. The existence of a carpenter ant colony inside a structure is usually most important as a sign that there is or has been a water problem.

Habitat: Common in all regions, carpenter bees burrow into wood—preferably unfinished—to make nests. They drill almost perfectly round entry holes about 1 to 2 inches in diameter that lead to tunnels where they lay their eggs.

Clues: Look for them hovering near eaves, decks, and siding.

Most likely to damage: Carpenter bees are less likely to cause serious structural damage than termites or carpenter ants. However, their entry holes can allow moisture to enter the wood.

Habitat: These wood-boring beetles lay their eggs in cracks, crevices, and wood pores. The hatching larvae then feed on the wood. Present in all regions.

Clues: Look for powdery deposits of frass and pinhead-size holes made by adult beetles exiting the wood. The peak time for beetles to emerge is May through August.

Most likely to damage: Anobiid powderpost beetles attack softwood species such as spruce, pine, and fir that are commonly used to make floor joists, wall studs, and other structural lumber, according to the North Carolina Cooperative Extension.

Lyctid powderpost beetles attack only hardwoods, such as oak, ash, hickory, and maple used in furniture, cabinets, wooden floors, and some interior moldings/trim.

Call in a Pest Inspector

No matter how vigilant you are, consider scheduling a professional inspection at least every few years, says David Tamny, owner of Professional Pest Inspection in Columbus, Ohio, and president of the American Society of Home Inspectors. “Professionals bring a skill set that enable them to spot things a lay person could miss,” Tamny says.

A WDI inspection will likely cost between $100 to $200, depending on the size of the home. Expect the inspector to pull on coveralls and spend about an hour probing your home from the attic to the crawl space for visible signs of infestation and damage.

For around $100 to $400 a year, some pest control companies will perform annual WDI inspections that come with warranties. If the inspection reveals WDIs and/or damage, the company will eradicate the infestation and make any necessary repairs at no extra charge.